I hope everyone had a great 4th of July! Like those of you who are not in the United States, Thursday was no different than any other Thursday for me. Well, unless you’re in Egypt, in which case you were probably celebrating a new moment in independence. While my fellow Americans were celebrating their independence by eating BBQ, drinking beer and shooting off fireworks, I was at work being a slave to a corporation. In a way, making money for a bunch of rich people while they get the day off is the most American thing one can do. It may be a petty, whiny-ass-bitch thing to complain about, but there are many things that are worth complaining about: the economy, privacy issues, government corruption, anti-abortion laws, anti-gay marriage laws, etc., etc. Each time the media reveals a major breach of trust and confidence in the government, the American people get extremely riled up…for about 24 hours. After a day or two, it’s business as usual. President Morsi of Egypt was democratically elected last year and has already been overthrown by the people with the help of their military. Why? Per a BBC article, the Egyptian people accused Morsi of “pursuing an Islamist agenda against the wishes of the majority of people and of failing to tackle Egypt’s economic problems.” Replace “Islamist agenda” with “Christian agenda,” and you basically described how many Americans feel about their government. It took Egyptians about a year to figure out that the only way for the citizens to stop an oppressing, democratic government is to revolt; the United States just turned 237-years-old. Unfortunately for Americans, the U.S. government is too big to fail. The military will always stand behind it. During the American Revolution, a young, rag-tag America had the same artillery as the extremely powerful British military, i.e. guns and cannons. Needless to say, the American people today will never be able to compete with their own military. Politicians know this and will fuck you over under the assumption that there is nothing you can do about it. Below, there will be plenty of things to get upset about if you are not already. Oh, and there’s also some weird shit, including the word “69” and “hotdogs” within the same story. With that said, let’s move on to THIS WEEK’S ROUNDUP!

One incident that Americans were briefly upset with was news of the National Security Agency spying on them via our cell phones and the Internet. We were irate, then the 4th came along, we celebrated our great country, and now we’re good again. I wonder if Europe will be as forgiving: The United States Has Been Spying on Their European Allies. A German magazine has reported that the U.S. government has been spying on European Union offices in Washington and Brussels. Essentially, the NSA bugged the offices and obtained access to their internal computer network. Needless to say, Europe is pissed! From German Justice Minister Sabine Leutheusser-Schnarrenberger: “If it is true that EU representations in Brussels and Washington were indeed tapped by the American secret service, it can hardly be explained with the argument of fighting terrorism.” So far, the government’s response has been along the lines of, “Yeah, people do this all the time. Chill.” Once our allies turn on us, we’re fucked. Food for thought.

Don’t worry. Even the activists who are against corporate greed and corruption fall under their spell (see below). What mask do you wear to protest that sweatshop?  #SMH 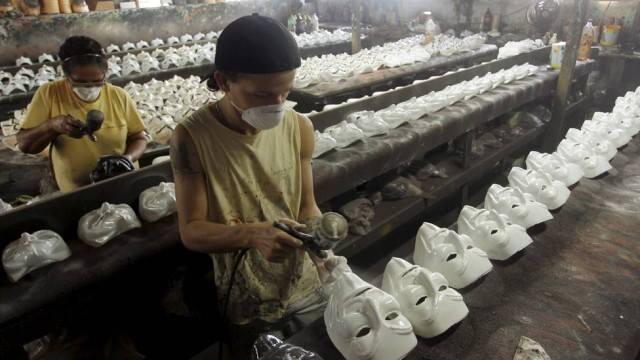 This might be the most American article of the week: Joey Chestnut Wins7th Straight Hot Dog Eating Contest. Chestnut was this year’s victor again at the annual Nathan’s Hot Dog Eating Championship. When your first name is “Joey,” your options for success are pretty limited. During a feat of strength and endurance that can only be compared to the gladiators of ancient Rome (or some fat fuck in a trailer park), Joey beat the record of 68 hot dogs set by himself last year by eating 69 hot dogs. It’s the only 69ing he’ll be doing, ever. Even sadder than that is the fact that 40,000 people showed up to this! Even more sad is the fact that this was broadcasted on ESPN where “analysts” referred to him as an “athlete.” Meanwhile, the rest of the world collectively smacked their head followed by laughing out loud at this ridiculous display of America doing American things. At any rate, the Chestnut has surpassed that one Japanese dude who used to win this all the time, both in most hot dogs eaten and most consecutive titles. WE’RE #1!

While the American government is pissing its allies in Europe, they should start seeking out other friends. How does one require friends when everyone thinks you’re an asshole? You buy them, of course! The State Department Spent $630,000 to Acquire Facebook “Likes.” So, how many “friends” does $630,000 get you? Their page went from 100,000 likes to 2 million. Maybe the government should get hire a consultant to let them in on a little secret: the Internet is for porn and LOL Cats, not support for your country’s international relations department. In fact, does any country really have a fanbase for their foreign ministry? I haven’t seen any t-shirts or foam “#1” fingers with the words “State Department” on them, and if I did, I would find that person to be crazy and/or mentally retarded. When you file your taxes next year, just remember that some of that money is to fund the government’s popularity contest on Facebook. 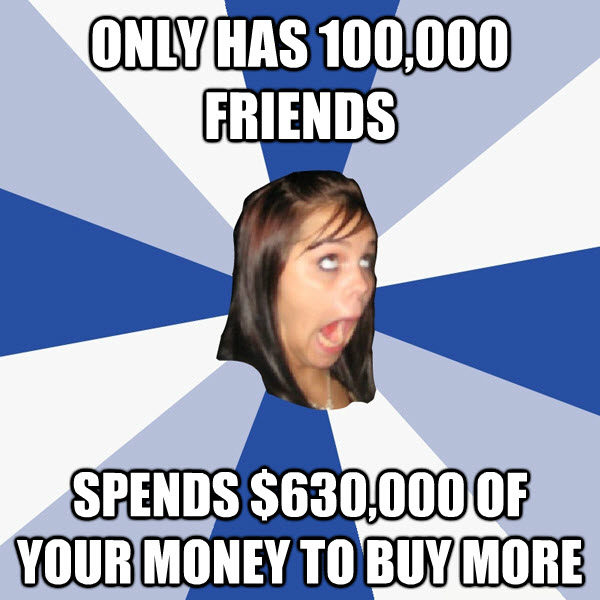 If you think things are better off now than they were 20 years ago, you’re wrong. A Recently Published Poverty Map Reveals More and More People Are Poor. Maps from 1980 highlighting the number of those in poverty and where they live look much better than the 2010 maps. In fact, there is a drastic change in the maps from 1990 to 2010. To see how your city is doing, see the interactive map here. The rich get richer, and the poor get poorer. These maps reveal just that. Not only are more people living in poverty, but those living in poverty are stretching further and further out from the city. In other words, suburbanites are now becoming poor people. Poverty used tio be concentrated in the inner city as you’ll see below. Not anymore. Fewer job opportunities, low wages, inflation and cost of living far exceeding increases in wages, and corrupt financial institutions are just a few reasons why this is happening. You don’t have to listen to me, but these maps are stone cold stats. Numbers don’t lie. Below is my city, Kansas City, in 1990 and 2010.

So far this week, we have learned that everybody is poor and the government is spending a shit ton of money getting more friends on Facebook. Combine poverty and a shitty government and you get the following: Student Loan Rates Double After Congress Fails on Fix. Interest rates on federally subsidized Stafford student loans went from 3.4% to 6.8%, because Congress can’t agree on shit. Democrats want a fixed rated, whereas Republicans want the rate to be based on the financial markets. Meanwhile, poor graduates that can’t get a decent paying job because of this exact same type of political bullshit are expected to owe—on average—an additional $2,600. On behalf of debt-ridden graduates everywhere, FUCK YOU, U.S. GOVERNMENT! They just shoved their un-lubed dick about 6-inches further into our ass. Maybe they will spend that extra money on more Twitter followers.

Since the federal government is dry anal raping students, maybe the states can step up to the plate. Oregon has an idea: Oregon Proposes That Students Attend College With No Money Down. That’s right! Rather than spend tens of thousands of dollars up front, Oregon suggests that students pay 3% of their annual salary to a fund for 24 years. This is so insanely genius that there is no way it will pass. Not only will this alleviate the burden of student loan debt, but it will actually encourage colleges to make sure their students get good jobs. Also, you pay exactly what your degree is worth. Why does a worthless Art History degree cost exactly the same as a more lucrative Engineering degree? It shouldn’t, and this idea solves that mystery. Three percent of one’s income is easily affordable. A shitty annual income of $30,000 will only cost you $900/year under Oregon’s proposed tuition plan, which is far less than what most people pay into student loans. Conversely, that overachiever who makes $400,000 a year will pay $12,000 each year he makes that amount of money. Over 24 years, that equals $288,000, which isn’t too far off from the cost of an Ivy League education that yields that level of income. Bam! Problem solved. Unfortunately, the financial institutions that own this government will no longer be able to profit off of student loans. In other words, this will never happen. Have fun remaining poor!

Some people have bad ass cars, but no one will have a car as bad ass as Obama’s limo. Obama’s New Limo Was Designed by “Q” From James Bond. Well, not exactly, but it might as well have been. Obama’s 2009 Cadillac limo—aka “The Beast” or “Cadillac One”—is due for an upgrade. The insanely heavy armored vehicle will weigh 7.5 tons! Here’s a list of some additional features of Cadillac’s new presidential limo (extremely limited edition):

I’m assuming AM/FM radio with mp3 player is standard. I am also assuming that the interior is leather made out of the skin of Afghani infidels. Actually, that would make it tan leather, which doesn’t go well with a black exterior…so probably Somali pirates then. Call your local dealer for availability.

For more news and commentary that our forefathers would approve of, listen to Soundtrack of the Week on www.soundtrackoftheweek.com, iTunes, and on your smartphone via Stitcher Radio (Twitter page at @SOTWpodcast). Also follow Ty on Twitter at @TySOTW. If you don’t, you hate freedom.*