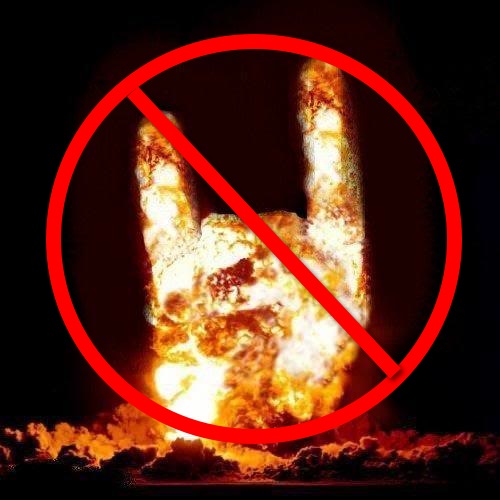 Many of you were rather upset—dare I say “butthurt”—over Jay’s “Worst Bands in the History of Rock Music” list. People took to social media with pitchforks and torches, ready to burn Jay at the stake. In addition to making me laugh, this also inspired me to create my own list. Some of you demanded justice! Good news: some of you will get it. Bad news: most of you probably won’t. In fact, I’m probably just going to piss off a whole new group of musically retarded people. Good.\

For the sake of consistency, I’m going to use the same criteria as Jay did. In case you forgot, here they are:

First off, I’m talking about rock music. Not pop, not rap, nor bluegrass, nor disco. Also, the band (and its legions of fans) have to had taken their musically seriously. So, while Smash Mouth might think they were writing good music (they weren’t), even their fans laughed at it, so they don’t qualify. Lastly, the music had to be big enough to have a negative influence on the music industry. Your cousin Thad’s band he started in college that was “Depeche Mode meets Dead Kennedys with a Steely Dan influence” might technically be the worst band ever, but luckily only a few drunk 20-something’s that happened to be in the bar during their one and only show saw it, so that doesn’t count either.

Things I Know About Mellencamp:

How do I know these things? Because they’re in every fucking Mellencamp song! Much for the same reason Jay chose Bruce Springsteen, Mellencamp belongs on this list for custom tailoring his entire discography to the working man. However, there is one problem: the working, blue-collar man doesn’t listen to this pussy shit! He listens to Megadeth. Depressed, Vicodin-popping housewives listen to Mellencamp. Talk about Midwest town, mention small town girl, throw in car reference, rinse, and repeat.

“Let’s Name This Song Something Absurdly Long Because It Makes Us Edgy and Punk Rock.” That was a bulk of Fallout Boy’s song titles right there. It’s also somewhat indicative of their music, which is a group of guys trying way too hard to be hard rock while remaining accessible to teenage girls, MTV, and whatever is left of radio. You know your band is struggling musically when your bass player is the only one getting any press. Because I’m lazy, I’ll let this Fallout Boy album review I wrote two years ago explain the rest. 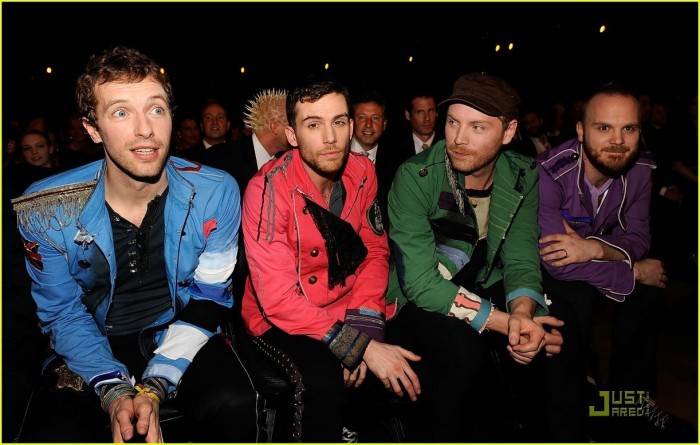 I shouldn’t have to mention these guys in a “Worst Rock Band” list considering they couldn’t be further away from rock ‘n’ roll. However, the fucking Grammy’s disagree. Coldplay won Best Rock Album in 2009 and has been nominated for Best Rock Song almost every year since, which leads to every lonely, white, suburban cutter with a Hollister hoodie to believe they like rock music. Thus, forcing me today to tell you, “No, you don’t.”  To start, in 2007, Coldplay won Best Pop Vocal Performance by a Duo or Group. There you have it: POP. Not rock. Know the difference. Just because you play your own instrument, does NOT mean you are allowed in the same category as Jimi Hendrix and Guns ‘n’ Roses. Also, they’re predictable: slow piano entrance, gradual crescendo into loud chorus, sudden quiet piano/vocals bridge, soft end complete with circle jerk complementing each other on how deep they are.

Confession time: I have seen these guys around five times. To my credit, the first two times, I was a raging alcoholic. The remaining three shows was a result of them opening or headlining for a band I actually wanted to see. Godsmack got their name from an Alice In Chains, which isn’t shocking since lead singer Sully tries entirely way too hard to be Layne Staley. That aside, every song sounds exactly the same. To their credit, that one song isn’t that bad, so it’s a nice template to have. Same verse/chorus/verse/bridge/chorus template with the exact same guitar sound. There is zero attempt of experimenting with sounds or song structure. It’s the same shit, all day every day. Have fun seeing them at the next 16 Rockfests.

Ugh. The word “rock” is even in his goddamn name! Here’s a sample of the lyrical genius that is Kid Rock:

I like AC-DC and ZZ Top
Bocephus, Beasties and the Kings Of Rock
Skynyrd, Segar, Limp, Korn, The Stones
David Allen Coe and no show Jones

Yep. He just lists off bands that he likes. Nowhere in the song does he mention Metallica, which he uses the riff of “Sad But True” for the entire song! In John Mellencamp style, he has to remind us every chance he gets that he is Southern white trash. He does this because it is his way of validating being “rock ‘n’ roll.” “Hey guys! Look at me! I’m from the South and like whiskey! I know how to rock.” Fortunately, his dedicated fan base is mostly comprised of white trash Juggalos, i.e. segregated from the rest of society. Rap about shit you like behind the karaoke version of a rock song, and congratulations! You just wrote a Kid Rock song.

Jack White is an extremely talented musician and artist. He is one of the hardest working men in show business with several music projects, film endeavors, and whatnot. You would never guess that kind of talent by listening to The White Stripes. Their music is analogous to minimalist modern art: any asshole can do it. Like minimalist art, the artist behind The White Stripes possesses talent. For whatever reason, he decided to take the easy way out rather than display a true work of art. Josef Albers is famous for his “Homage to the Square” series (Google it). He was a truly gifted artist, but he painted squares. He could have recreated the Sistine Chapel, but he decided to do something anyone can do. Sure, he justifies it by referencing color theory and the deeper meaning behind it, but let’s call it what it is: fucking squares. The White Stripes is Jack White’s “Homage to the Square.” 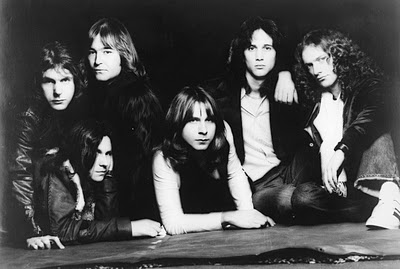 I lumped these bands together because, essentially, they represent the same thing: shitty classic rock music. Foreigner is was hit a machine, and that is not necessarily a good thing. They were really good a pumping out catchy, mainstream songs not unlike a Ford assembly line. They stuck with a cookie-cutter hit template and never did anything of real value. REO Speedwagon has a similar story that is best summed up in this quote I found here:

Never before has a band been this amazingly mediocre and just “mediocre”, yet still had such an effect on Old Persons’ Polka Night. On the other hand, it has been argued that REO are in fact one of the great bands, and that every music critic and millions of people across the United States just got it wrong.

As for The Eagles, their one song worth noting (“Hotel California”) passes the Woo Girl Test. Play this at any bar/nightclub and listen to the deafening screech of drunk college girls going “Wooooo! I love this song!” No 20-year-old sorority girl listens to anything that one would consider good rock music.

Another repeat from Jay’s list, these bands also represent the same thing: glam, hair rock where visual aesthetics supersedes anything music related. When people reminisce the days of glam metal, they will always discuss the insane hair, the ridiculous costumes, and overly produced live show of floating drum kicks and lead singers flying through the crowd. It makes you think….why go through all the trouble with the visuals? The answer is simple: because if they wore jeans and a t-shirt, thus forcing us to focus on the music, we would all projectile vomit all over the floor of the Whiskey a Go Go, which is the only place that would allow suck fuckery. The only reason why KISS isn’t on this list* is because they did something that no one else dared to do at the time. Poison and Def Leppard took KISS and raised them a circus act and the wardrobe from a drag queen.

* However, they will be #1 if I ever read a “Most Underrated Bands” list. 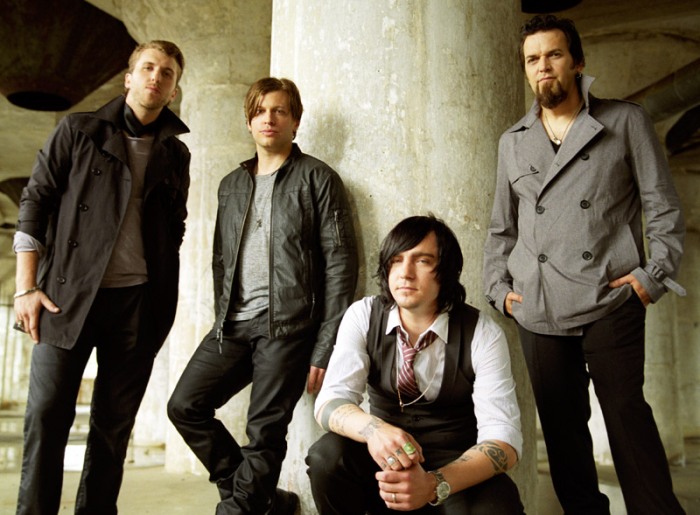 The bane of contemporary rock music. Unoriginal, uninspired, watered down. Those are words that immediately coming to mind when thinking about these bands. These bands are lumped together because I don’t know who is who. They, for the most part, have the same sound: play-it-safe, radio rock. Musically, they do nothing noteworthy. Crunching guitars, verse/chorus/verse/bridge/chorus, and melodic vocals. Speaking of vocals, they fail the American Idol Test. If the lead singer died and Daughtry swapped faces like in Face Off, no one would notice. Why? Because they all have that same, safe-for-corporate-radio voice that is completely indistinguishable from one another. In fact, get rid of all the lead singers and make the backing band the studio band for the token rocker in the next American Idol and nothing changes. These guys/Daughtry : rock music :: Playboy : porn.

This should come as no surprise to anyone. Not only does their music suck, but even worse than that, they have somehow convinced MILLIONS of people that it is great. This leads me to the conclusion that the world is more full of easily-manipulated, dumbass, corporate whores than I previously imagined. Rock legends go into the studio and create great works of music organically. They never think about creating a masterpiece…they just create and whatever comes out is what we get. Creed and Nickelback do not work that way. These guys believe they are the greatest thing to happen to rock music and go into the studio with the INTENT to create a masterpiece. It doesn’t work that way. The lyrical content reeks of the pretentiousness that comes with that mindset:

When you are with me, I’m free
I’m careless, I believe
Above all the others we’ll fly
This brings tears to my eyes
My sacrifice