The above are good examples of what journalism and news used to be. No listicles. No aggregation. Just trained and educated journalists reporting the facts (and only the facts) so that the individual reader can form their own opinion.

I may be sourcing news from others, but I intend to write about only the important pieces of news that matter to the world. It’s called integrity. Political scandals, socioeconomic gaps, corruption, war, poverty and… 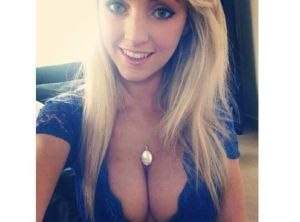 A British 19-year-old mom claims ‘I’m a better mum after having a boob job.’

After giving birth to her son, Tamsin (dafuq?) Wade’s 32D breasts deflated to a size 32AA. SIDENOTE: I’m assuming Tamsin is the British equivalent of Tammy. Back on track, the smaller chimichonga size caused Wade much discord, so she did the reasonable thing: took out an $8,500 loan (£5,000) to bump those puppies up to a normal, healthy G cup.

Now Wade is happy enough to do stuff with her son, who (apparently) wasn’t enough to bring her any kind of joy at all. Let’s hope that loan is paid off when little Wade finds out that mommy needed bazookas to be happy so she can afford the therapy bills.

Personally, I hate fake Pointer-Sisters. In fact, I prefer small sweater kittens. Don’t get me wrong, I prefer DDs over being a DD, and my eyes get sucked in through the titty tractor beam when a large-chested woman where’s something revealing. Perhaps it’s a self-esteem issue where I think women with ginormous kalamazoos are unattainable. Whatever. This isn’t therapy. I prefer the image on the left rather than the right.

Does this two-year-old look happy? I don’t think so. However, I can’t tell whether or not it’s because mommy loves her ta-tas more than him or because daddy is Macklemore. The odds of this kid becoming prime minister are little to none. I’m putting money on strip club bouncer or dj or both at the same venue.

Let’s check in with mom:

I feel comfortable to take him abroad now too as I won’t mind wearing skimpy clothes and bikinis … We will probably go on a last minute holiday.

Sure, YOU don’t mind. Let’s ask baby Wade what he thinks in ten years when he learns that all of his friends—who are just hitting puberty—want to fuck his mom. At least everybody will accept his birthday party invitations.

Blah blah blah. At this point, I’m just filling in space so that I can place more pictures. This is Journalism 101. Except for you usually have to delete a shit ton of content in order to place an image, but this is the Internet age, baby! BLOGS REIGN SUPREME! Ok, I think I added enough space.

Boom! There you go. In conclusion, if large hoo-has is all it takes for someone to be a good mother, fine. I wish such a remedy was that simple for many terrible parents out there. Then again, if having absurdly huge goombas is what makes you happy, your mental instability makes me question your ability to raise a healthy child.

I also have questions about the success rate of ginger men in England, but that’s an entirely separate article.