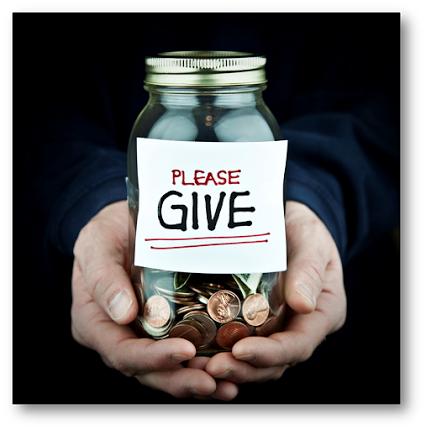 Bucket Challenges, marathons, quirky t-shirts, pub crawls. You name a disease that more than a dozen people have, and there is probably a campaign raising money for it. These shenanigans need to end, and I will tell you why.

As our contributor writer Dudebrabroman pointed out in Going Viral Doesn’t Cure Viruses, the ALS Ice Bucket Challenge is absurd on many levels. People are quick to point out how much of a miserable asshole I am for stating this, and I am fine with that. Dudebrabroman told you more effective ways to cure diseases. I am here to tell you which causes to fight for, and I will use Drew Carey as a fine example of what NOT to do.

Yes. Drew Carey from The Price Is Right and the city of Cleveland (which does not rock, by the way).

Before I tear Drew Carey apart quicker than the critics did his sitcom, let’s go back to the ALS Ice Bucket Challenge. The viral campaign banked in more than $100 million for the ALS Association. How can anyone have an issue with a foundation amassing that kind of cash to find a cure for a fatal disease?

Pretty easy, in fact. I could go the easy route and argue that the use of water during a major drought OR; how people were on board because of false altruism or the image of altruism OR; how the money will be used OR; how many of the videos were merely publicity stunts for the participant’s personal agenda or narcissism. Whereas there is some truth in those arguments, I have a better more practical response:

ALS is not a top priority.

According to the Centers for Disease Control, heart disease was the leading cause of death in 2011 with 596,577 deaths. Jump Rope for Heart raised $54.1 million. Motor neuron diseases (including ALS) killed 6,849 people in 2011. They raised over $100 million in about a month this year. See the chart below from Vox.com for more sobering stats:

Everyone who participates in these charities is doing it for good reasons on the surface, no doubt. And make no mistake, saving just one life is a good thing. However, saving a few thousand lives through the ALS Ice Bucket Challenge can theoretically take away from saving tens of thousands of lives from those who suffer from heart disease. The $100 million raised for ALS would probably be better spent on a disease that affects significantly more people.

Whenever I posit this notion, I get a response along these lines: “Try telling that to (insert someone they know with ALS).” My response is, “Try telling THAT to the hundreds of thousands of people dying from heart disease.” Anecdotal evidence is insignificant in the grand scheme of things. I understand your grandfather means a lot to you, but he does not matter to 99.99999% of the world, and he certainly doesn’t matter to those dying of more prominent diseases. When it comes to these types of situations, we need to look at stats and remove personal investment.

People donate money to charities to help, sure, but they do it more to feel a sense of moral superiority. Very rarely does someone quietly contribute to a cause. Usually, they’ll flood your social media timeline with reminders of what they did for charity. Which charity they donate to is usually personal or part of a trend. Few people contribute to a cause based on the stats and the need on a macro scale.

This is where Drew Carey comes in:

Recently, a group of teens pulled an ALS Bucket Challenge prank on an autistic kid. The teens poured a bucket of spit, urine and feces on the kid and posted it online. Everyone was outraged by the pure evilness of the act, as we all should be. One such person was Drew Carey, and he was willing to go to great lengths to find out who was involved in the prank:

If the Bay Village PD wants to start a reward fund to find who did this, contact me. I'll donate $10k. http://t.co/ugqeLbu5ob

He was not alone. Jenny McCarthy and Donnie Wahlberg both pledged to donate $10,000 each as well. I repeat: three celebrities were going to donate a total of $30,000 to catch asshole teens who did an asshole thing. This is a Daily Double of money being thrown to something insignificant: (1) money to catch pranksters who participated in the (2) ALS Ice Bucket Challenge.

Humans are quick to jump on a bandwagon and throw money at it whenever it makes them look like they’re Mother Teresa. Who can hate Drew Carey for trying to find this week’s Public Enemy #1? Who can blame someone for donating to a crippling disease?

We need to work big to small. After heart disease, diabetes, pulmonary disease, breast cancer, suicide, prostate cancer, and HIV/AIDs are cured (or even dramatically reduced), THEN we can move on to ALS. Instead of donating $30,000 to find a couple of cunts, give that money to either a heart disease charity or go straight to the source, i.e. a foundation that addresses bullying and/or education or parenting.

Cut the head off the snake. Slay the lead vampire. Stop saving the dog on the road when the car with a family is up in flames.

I do not fault those of you donating to the ALS Foundation. I do think you are misguided and not seeing the forest for the trees. If you want a real sense of moral superiority and altruism, find the REAL problems that will affect the most people. You might not get to publicly announce your greatness with a viral video, but you will do more than what everyone that did that stupid viral campaign wanted to believe they were doing: save more lives.