It was going to happen eventually, just nobody thought it would happen this fast: Jon Stewart is leaving The Daily Show. Stewart has done more with that franchise than anyone could possibly imagine. Starting way back in the pre-9/11 days, he walked an entire generation through the 21st century and set the tone on how to look at news and politics. That is not an easy chair to fill. So who can fill it? Let’s look at some possible candidates that can navigate a post Stewart/Colbert Comedy Central world.

This is the simplest, easiest answer. Oliver killed it when he filled in for Stewart while the host was filming Rosewater, he was always one of if not the most well received of the staff, and has shown the ability to make things his own with Last Week Tonight. But that’s just it – he has his own show. Don’t let that fool you, though. The Daily Show is without a doubt a better gig career-wise, and Oliver fits it like a glove. His HBO contract ends at around the same time Stewart’s does. The only thing holding this back is if Oliver is in love with the HBO show as far as the working environment is concerned. Also, he knows that whatever happens, he can parlay this into a massive contract renewal from HBO. It’s good to be John Oliver. 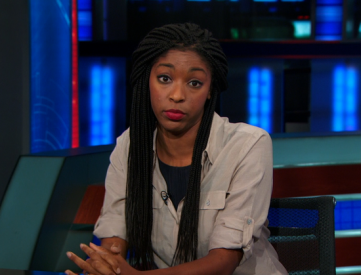 Williams is the only current staff member I’d consider for the job. Everyone else has a shtick, and while that would work for the 11:30 slot, it won’t work for TDS. Williams is just herself, and she happens to be very biting and slick at the same time, something that’s needed for the show. While Stewart was great, he was part of the old guard – the 25 year old Williams can bring a younger, less holds barred approach. Only thing that is concerning is if she’d be able to interview with the amount of maturity that Stewart was able to flip on. 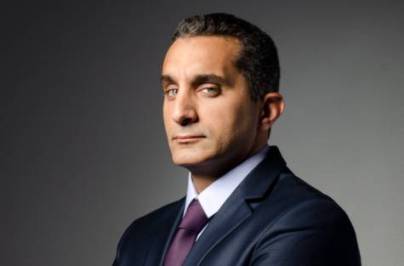 Who? It may be no coincidence this name popped up for the first time on TDS the night before Stewart’s announcement. The satirist was already referred to as a kind of “Middle Eastern Jon Stewart” while hosting his own new take-down show in Egypt from 2011-2014. Youssef really did a great job on his first appearance, so much so that I remember thinking he could be a great host for 11:30 if Larry Wilmore doesn’t pan out. He has tons of charisma and energy, the intelligence to tackle big issues and not seem overwhelmed (he’s a former surgeon) and the gravitas to command respect from guests. Honestly, if anyone other than Oliver can pull this off without question, it’s Youssef. The problem her being that nobody knows who he is. That might not necessarily be a bad thing as far as his reception is concerned, but may scare off the suits.

Everybody fucking loves this guy. I hate his show Community and I still love this dude. The step up from E! to a spotlight position is definitely a smart move for McHale, plus he brings name recognition and a fan base who may be different from the one TDS already has. He’s charming, smart and without a doubt be able to interact and interview guests. The question with McHale is if he’s serious enough to talk about the news. Bashing on the Kardashians is one thing, discussing politicians who fund abortion-bombing organizations is another. If he can show that he’d be able to handle a more important range of topics, I think he’d be a good fit.

I’m not sure that there’s a more talented, less known comic out there than Aisha Tyler. She’s done everything from network sitcoms to voicing Lana in Archer to hosting game shows. She is currently a co-host for The Talk, a CBS daytime women’s talk show. She can be scathing, which you need, but also comes off with an air of common sense, as if she’s looking into the camera thinking “Do I really need to fucking explain this to you?” I envision a Tyler-era TDS to be more in your face, questioning the audience as much as it questions politicians and media. This is a risk, though. She’s still relatively unknown to most of America, and her strength of personality could possibly be too much. However, with risk comes reward, and I think Tyler could push the show to the next level instead of merely carrying the franchise flag.

I mean, I don’t think he would do it, but you got to make the call if you’re Comedy Central. Everybody knows him, loves him and thinks he’s funny. He hosted his own Emmy-winning show on HBO. He’s well established as being articulate with news, politics and social matters. He’s relentless and unfiltered. He’s also cool. Imagine the scene of Rock calling bullshit on some political guest during an interview. I think he has all the tools that the gig demands, and adds to it a celebrity that not even Jon Stewart of today can match. Obviously, Rock may see the show – as do many – to be a little beneath him. Still, if there’s even a chance he could possibly be interested, I’d go for this even if the word comes down that Oliver is on board. This is the only “home run” hire you’re ever going to get.

2 thoughts on “Who Can Replace Jon Stewart?”