This next story has all types of WTF in it.

Okay, so there is a reason for this. Not a good one, but some kind of wacky logic and reasoning. You see, the 17-year-old received some photos from his 15-year-old girlfriend. Being a gentleman, he reciprocated with a video of himself. This wasn’t your typical YouTube video. One can assume his erect penis was featured. Fast forward: girl’s mom found out, police found out and now the boy is being charged with possession of child pornography and manufacturing child pornography, both felonies that could put him on the sex offender registry for life.

How the hell can a child be busted for child pornography? Especially considering that the “child pornography” was manufactured and distributed only to another fellow child. According to the law, this boy is just as dangerous as a 60-year-old man who forces a 12-year-old to undress for the camera. I’m going to argue that it is not. So how does this happen? 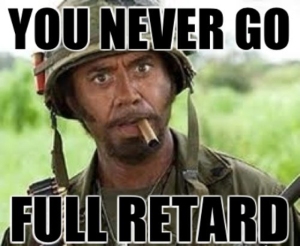 Right out of the gate, this case is ludicrous. Now, the Manassas City, Va., police are doubling down on their dumbassery.* In order to prove a child pornography case, the Manassas City Police are trying to create child pornography. A 17-year-old sending his 15-year-old girlfriend a dick pic? Federal crime! A bunch of grown adults forcibly taking a dick pic of a 17-year-old to show a group of other grown adults in the court of law? Perfectly fine!

We have gone full retard.