Now that we got the Democrats out of the way, it is time to move on to the Republicans. If you are not a fan of Republicans, you can still use this to your advantage. Find a candidate you think is a complete piece of shit and vote for someone else! Sometimes there are elections where no one is worthy. When that happens, you just make sure the biggest asshole does NOT get elected. Yay, Democracy!

Also, good news: There are ZERO Republicans running against each other for State Representative in the primaries. In fact, out of the 14 districts in Kansas City, there are NINE districts with no Republicans running! Why? Because there are shit ton of Obama-loving minorities in the city. The GOP knows how to choose their battles wisely, and when they see a city full of black people, they say “Fuck that!”

This makes my job super easy. So without further ado, here are the Republicans running for U.S. Representative in District 5, the only office position being fought for within the GOP. 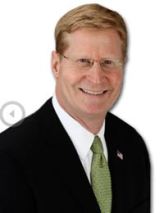