Take a look at your life. Are you where you want to be? No worries if you’re not. Humans are really good at justifying their lack of success with inspirational quotes by extraordinary people that hold no relevancy for the average person. For example: 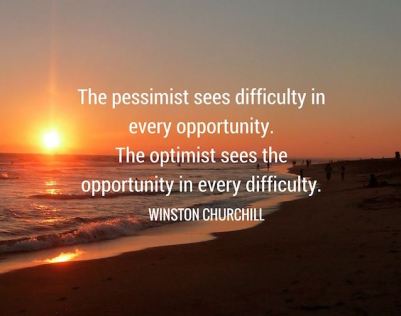 Ahhh, yes. Optimism comes pretty natural when you were born into an aristocratic family.

Another way we encourage our failed selves to succeed is pointing out all the wealthy people who didn’t get started until a relatively late age. Sure, you’re worthless now in your 30s, but so was Harrison Ford. There’s still hope for you to be cast in Star Wars Episode XVII! But wait! There’s more:

The above infograph is for the average person 30 and older, i.e. miserable, poor people. These millionaires and even billionaires are just like you and me! That must mean you and I can be millionaire success stories too!

Mark Cuban
I always assume that wildly successful people come from a privileged background. Statistically, it’s a safe bet. Not Mark Cuban. He comes from a working-class background. However, he’s still better than most of us and always has been. How?

His Wiki page claims he started making money at 12 by selling garbage bags to purchase an expensive pair of shoes. At age 16, he started selling newspapers in response to a strike at the Pittsburgh Post-Gazette and skipped his senior year in high school…to go to college full time and join a frat.

What the hell did you do by the age of 18? Probably nothing close to that. With that said, Cuban was on a straight trajectory to success before he could legally vote. As the infograph states, he owned his own bar before the age of 25. In fact, he opened the bar before he was of legal age to drink while at Indiana University. You probably just drank at someone else’s bar while in college.

Cuban didn’t sell his first company for $6 million until he was 32. That’s because he was building the company for seven years, starting at the age of 25. Cuban didn’t realize his potential in his 30s, he just finally cashed in on the groundwork he laid out when he was fucking 12.

You’re not going to be the next Mark Cuban.

Suze Orman
A waitress until she was 30? Art and film students have a chance…if their friends have a lot of money.

After graduating from college and working as a waitress in California, Orman “borrowed $52,000 from friends and wellwishers.” What the fuck is a wellwisher and how do I get some? And what kind of friends did she have?

At any rate, she invested that money with Merrill Lynch where she was training as an account executive. ML lost that money, and she successfully sued them for making a terrible investment. She was able to do that because she discovered a talent of knowing a lot about investments while in training.

Three years into Merrill Lynch she became vice president of investments at Prudential Bache Securities. Four years after that, she founded the Suze Orman Financial Group, wrote some books, made a shit ton of money.

Orman came from a working class family and didn’t find her path until the age of 29. That’s a good story. She did, however, have access to $52,000 that helped jumpstart her career. That’s an advantage that most unsuccessful 29-year-olds don’t have access to.

So how did Orzman get that money?

“However, good looks and charm were on Orman’s side (along with a little luck). As she tells it, a longtime patron of the restaurant saw how sad Orman was, and after asking her, ‘What’s wrong, Sunshine?’ she explained her predicament, and he handed over a check for $50,000 so she could make her ‘dreams come true.’”

Unless you’re attractive and a rich dude wants to bang you, you’re not Suze Orman.

Harrison Ford
The popular fairy tale goes like this: Ford was a carpenter in Los Angeles and was discovered while building a film set. Overly simplistic and skips a lot of important details.

Ford moved to Los Angeles at the age of 22 to do radio voice overs. He was the first broadcaster for his high school’s new radio station. His father was a former actor and his mother a radio actress.

Unimpressed with the small parts he was getting, he became a carpenter. A casting director and producer still believed in Ford and hooked him up with an audition for a little known movie called “American Graffiti.”

Unless you got the ball rolling for your acting career in your early 20s, you will not be the next Harrison Ford either.

Pejman Nozad
He was a rug dealer until his 30s. Yes, “rug,” not “drug.” As  you probably guessed, according to this Forbes feature, there’s more to the story.

Born in Tehran in 1969 (where he played for the country’s premier soccer team), his family fled to Germany in 1980s and he eventually immigrated to the United States. He moved in with his uncle who was living in San Francisco.

He found a job selling rugs for a company owned by an Iranian immigrant. Forbes even described this as “fortuitous.” According to Forbes, he became the top seller over the next 15 years.

The owner of the rug store, Amidi, not only saw Nozad as his third son, but he also owned office property in San Francisco rented out by fledgling startups called Google and PayPal. Maybe you have heard of them.

“In 1999 the Amidis formally launched an investment fund, cutting in Nozad as the de facto deal scout. It started with $2 million. Nozad kicked in $200,000, almost everything he had, for a one-third stake.”

Nozad created his own success in his 30s by seizing opportunity, true. But he was also at the right place at the right time: Job from fellow Iranian immigrant; in San Francisco during tech’s infancy; boss with a lot of money let him in on deal.

Hopefully, you find yourself getting in on a deal investing in the world’s largest company before anyone knows about them. Otherwise, you’re not following in Pejman Nozad’s footsteps.

Coming up…
In the next installment of “Success at a Late Age” we’ll dissect the stories of the founders of McDonald’s, Mary Kay and Zara, as well as famous singer Andrea Bocelli.